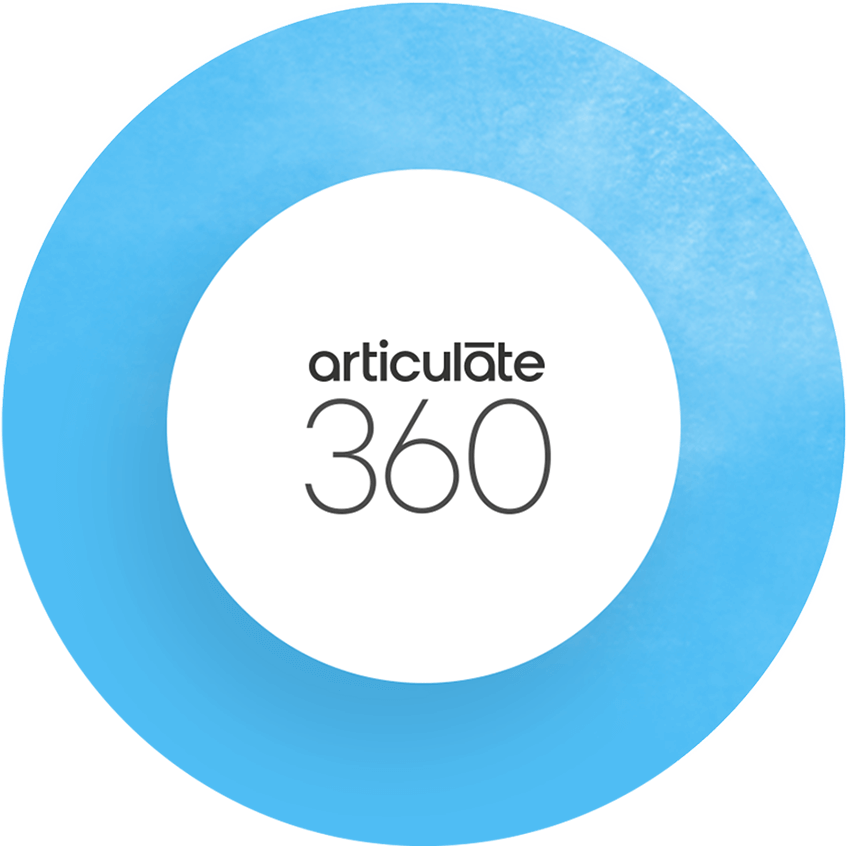 Is Articulate 360 worth it?

Articulate 360 is now over 5 years old and continues to go from strength to strength. Over 78,000 organisations leverage the e-learning behemoths offering, so they’re clearly doing something right.

However, the ocean of e-learning authoring tools is vast and you can quickly become lost, wading through lists of endless options. All that treading water tires you out, and you’re drowning before you know it.

All from a simple Google search.

So, is Articulate 360 really as good as everyone would have you believe?

Related: How To Create An Online PDF Course.

First things first. What is Articulate 360?

Articulate 360 is a subscription based collection of tools and applications that provide instructional designers and course developers with everything they need to create award winning e-learning courses.

The suite of tools consists of Storyline 360, Rise 360 alongside a content library and live online training. 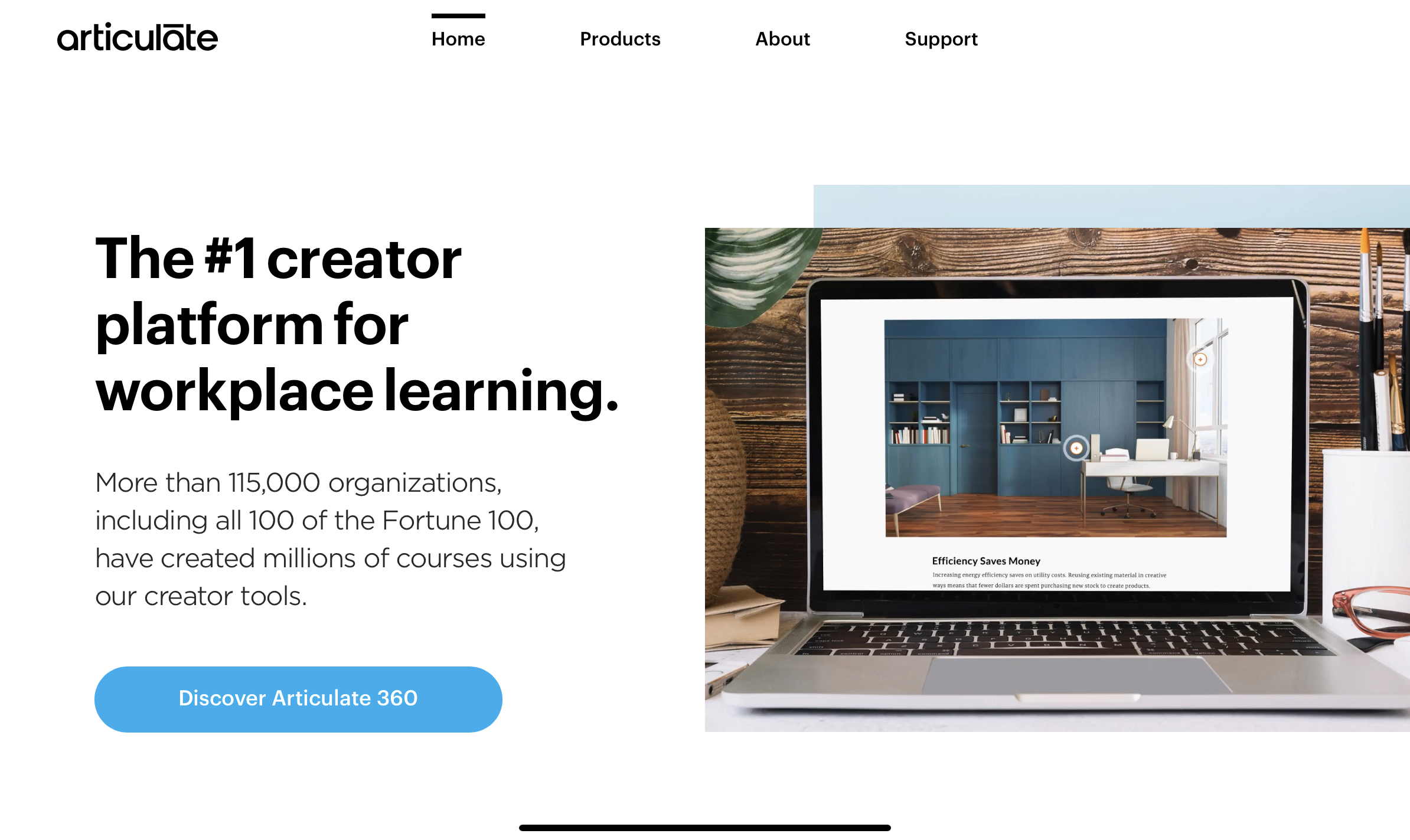 You also get acces to innovative features like Smart Video Player, which lets users control video playback with gestures and voice commands. Plus, it has an expanding library (over 9 million, so pretty decent) of images and pre-built templates that you can use to quickly create interactive courses without having to write a single line of code.

Cool. So what does that actually mean?

Well, it basically means that you have everything you need at your fingertips to create incredible e-learning content and design courses that your audience will actually want to take! 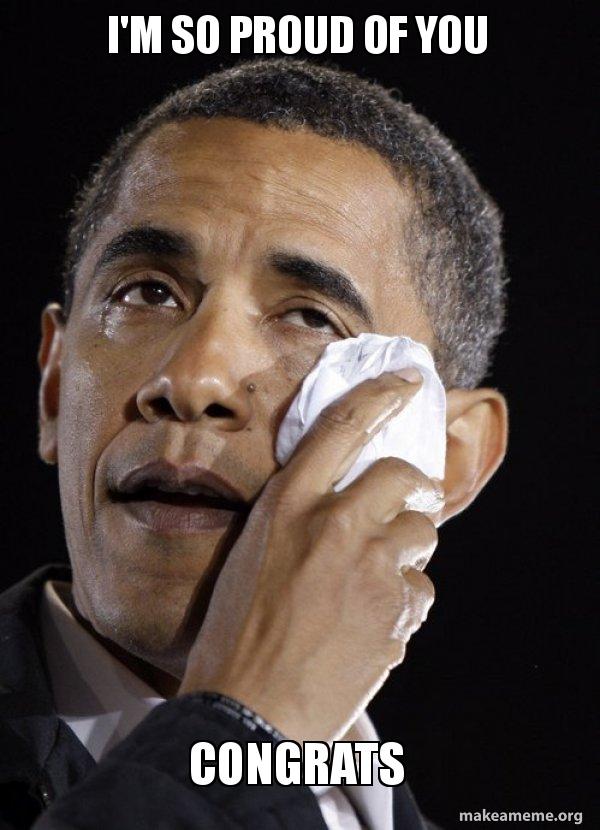 How much does Articulate 360 cost?

As with most things in life, if it’s worth having then it isn’t likely to be cheap.

Articulate’s pricing model offers annual individual subscriptions based around 3 pillars: “companies”, “freelancers” and “academics”. The prices then fall under one of two monikers, either the all encompassing and powerful “teams” plan, or the predictably boutique “personal” one. To be fair, the main difference is actually implied in the name. If you want more than one account then you’ll opt for the former, freelancers and small business in-house instructional designers can opt for the latter.

Collaboration comes at a hefty price tag though as you’ll be forced to part with a whopping $1299 per subscription. Those wanting individual access get something of a pass and pay $999 whilst academic institutions are rewarded with a hefty discount of 50% on both the “teams” and “personal” plans.

I know what you’re thinking, that’s a lot of pennies.

So, we arrive at the million dollar question.

Is Articulate 360 Worth The Cost?

The best way to answer this question is to dig into the individual features. So let’s do just that, beginning with Articulate Storyline.

Arguably the flagship tool in the Articulate 360 suite, Storyline 360 is a one stop shop for creating linear, PowerPoint-esque courses. Don’t mistake “linear” for “boring” though. Remember those 9 million stock assets we mentioned earlier? Well, this is where you can begin to really take advantage of all those options.

You might be thinking that such an extensive choice will be daunting at first. After all, choosing only a handful of the millions of templates and icons on offer sounds like a Herculean task, especially when you factor in the wealth of sliders and hotspots. Oh, and we haven’t even touched on the videos and simulation options. 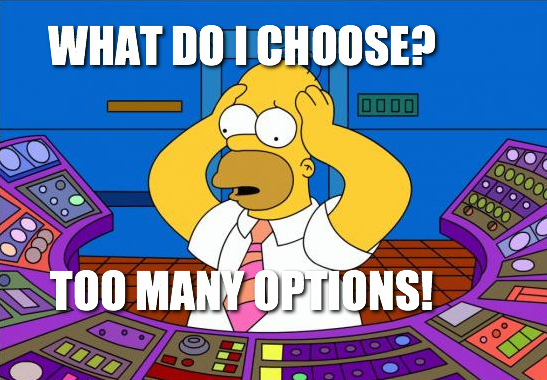 So that’s it? I just pick a slide template?

No, that’s definitely not just it. You can begin with a blank slate if you choose, but the intuitive drag and drop UI means it honestly won’t stay that way for very long.

We’ve mentioned stock content, videos and simulations but you can also import your own. 25 different question types means your students might even want to sit your test and cumulative scoring is more likely to keep them engaged throughout numerous modules.

Storyline has an awesome reputation in the e-learning community, and it’s easy to see why when you read through all of those features above.

So here are the pros and cons in all their brutal glory:

Despite the drawbacks, Storyline 360 remains unparalleled when designing interactive (if traditional) e-learning experiences. The ridiculously intuitive UI coupled with a vast library of stock content means you’ll be creating content in minutes. 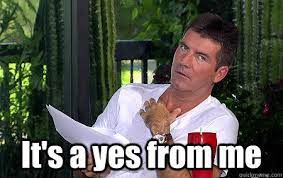 Hold on! What About Articulate Rise 360?

Don’t worry, there’s no way that we could claim any Articulate 360 review complete without also mentioning Rise 360.

Rise 360, the updated version of Articulate’s “Rise” was released in January 2019. The web app allows you to easily create e-learning content through the use of it’s “blocks” feature. If you’ve ever built a Wordpress website or used a tool like Elementor then you’ll know exactly what we mean by this. You simply click and select from a comprehensive list of 12 block options including headings, images, charts and data visualisations and scenario examples before selecting a sub-option.

I mean, we used the term “easy” to describe the creation process but it could honestly be replaced by the word “effortless”. The whole process allows you to create fully interactive course modules in less than an hour which your users are free to explore at their own pace. Rise will track their completion progress, but they’re free to skip sections or tackle the module in any sequence they choose.

That’s the best bit! Rise 360 is effortless but you’re more limited when it comes to customisation. Porting modules between the programs means you can leverage Storyline’s customisation whilst enjoying Rise’s rapid development cycle.

No need for pros and cons here. Many applications smack “user-centric” on the packaging whilst only paying lip service to it. Rise 360 isn’t one of them.

To put it quite simply, Rise 360 is the optimal application for creating intuitive, self-paced e-learning modules and courses.

Other Articulate 360 offerings worth mentioning

The e-learning heroes community is Articulate 360’s forum for instructional designers. Truly meaningful community development is notoriously difficult, even more so when it’s web based. So Articulate have done a great job with their e-learning heroes space as it’s a great place to get inspiration, share your work, and connect with other instructional designers. 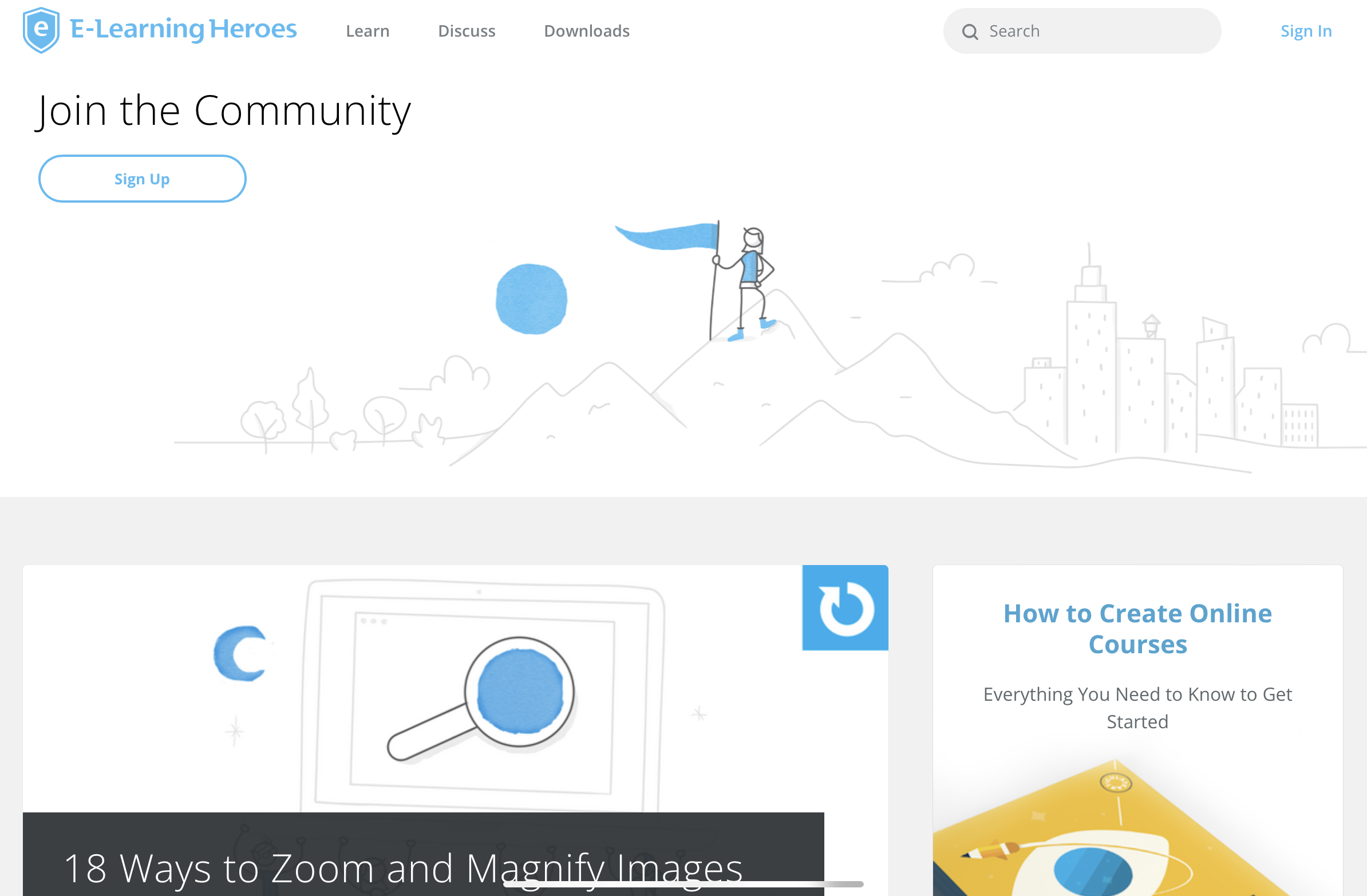 The community is very active and has a lot of members. New threads are posted daily, and people are always happy to help each other.

This is the best place to start if you’re looking for advice on how to build an e-learning course or any other question related to instructional design.

How to host your articulate 360 course

Creating your course is only half the battle, now you have to get it in front of your students and audience. Fortunately, Tiiny Host has a 90 second that shows you how you can export your course from Articulate 360 and upload it to your own domain in less than 2 minutes.

Not a video person or still a little confused? No worries, we actually partnered up with e-learning guru Mike Taylor and wrote a quick 1 page guide on how to upload your amazing Articulate 360 course.

Let’s wrap it up. “Pricey but worth it” is our overall verdict for Articulate 360.

It’s a well-designed, feature-rich authoring product with a lot to offer. Create engaging, interactive eLearning courses that can be hosted in 2 minutes or less for use and distribution.

The only downside you might find is the price tag, but if you’re looking for more than just an LMS to host your authored content, Articulate 360 is probably worth a look.

Hey, I'm Phil. I write about all things web related.

How To Create An Online Course PDF
How to Write Great NFT white papers – 8 Mistakes To Avoid.